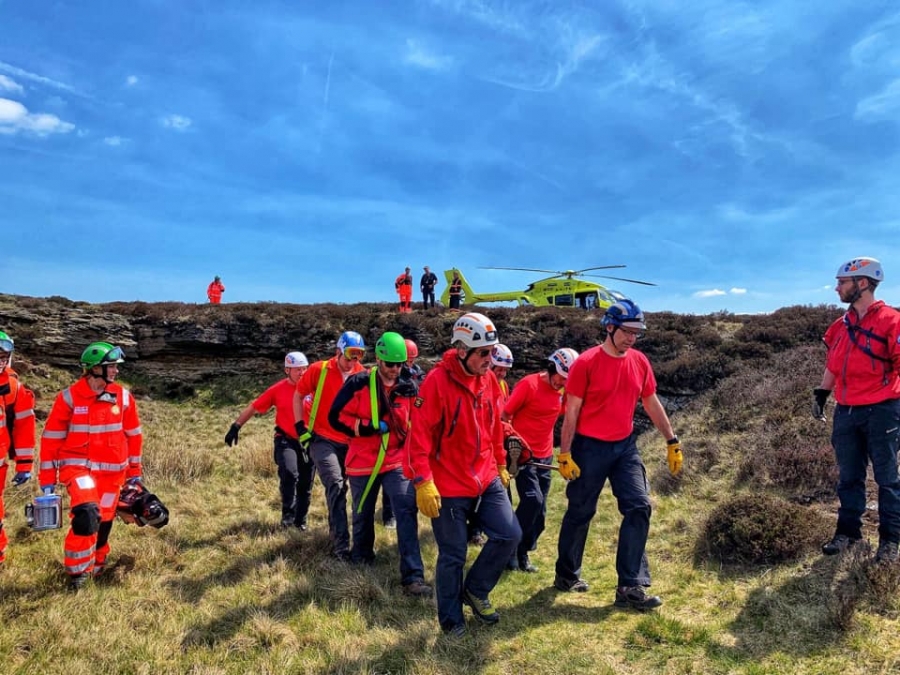 The training introduced five new recruit air crew paramedics to: working in a remote environment, recognising when assistance from a Mountain Rescue England and Wales Team is needed and the capabilities we offer.

The training also gave us invaluable practise working around the aircraft - identifying a safe landing site, providing on-ground landing assistance and loading of a casualty.

The training scenario involved a runner who had fallen into a quarry. Three YAA paramedics were first on scene to provide medical treatment. They requested assistance from us to evacuate and transfer the casualty to the aircraft.

We used a vac mat, stretcher and rope rescue system to safely extract the casualty and then carried them to the aircraft. The live casualty was swapped for a dummy and loaded into the aircraft.

The second part of the scenario was a simulated engine failure which involved the aircraft making an emergency landing. YAA paramedics practiced an emergency exit with the dummy casualty and requested assistance from CVSRT to evacuate the casualty to safety. This involved a long stretcher carry across moorland.

We then repeated exercise for the remaining group of two YAA paramedics.

View the embedded image gallery online at:
http://www.cvsrt.org.uk/the-team/news/yaa#sigProIddd43ae6de0
back to top