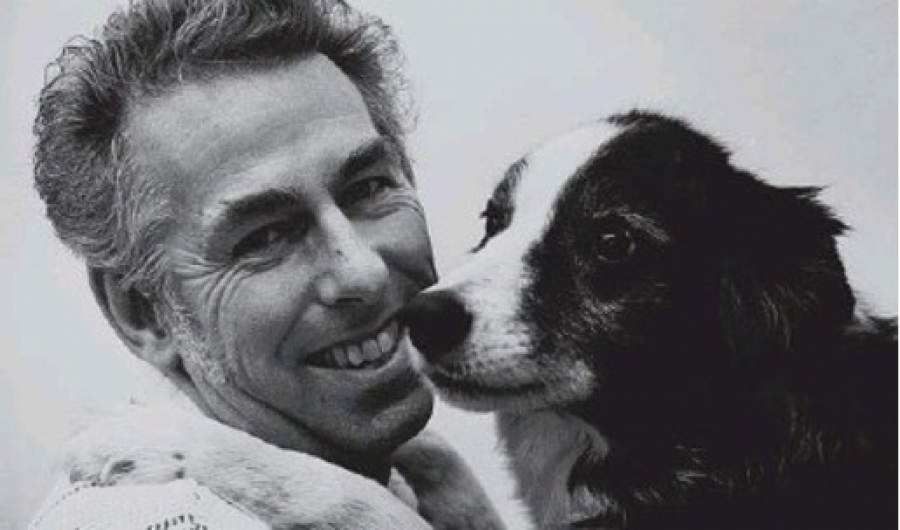 Neville Sharp BEM sadly passed away on 12th March 2021. Our thoughts are with Nev's wife, Lynn, 2 daughters, 3 grandchildren, extended family and all of his friends.

In a celebration of his life, we would like to share some stories and memories of someone who will be remembered for being an inspiration to others, a man full of enthusiasm and dedicated to everything he was passionate for.

Nev had a long and full career in the police force. A strong theme throughout these years and beyond was his dedication to his work with Search and Rescue dogs.

Nev was a dog handler for much of his time in the police force, his searches included the infamous Lockerbie bombing in 1988. During this tragedy he was a police sergeant and spent a significant amount of time with other search dog teams combing a 100 square mile radius of the disaster area.

Nev's search dog at this time, border collie Jan, was, we believe, the first dog in the North of England recognised as a specialist trained to detect dead bodies.

Their efforts and dedication on this search earned them both a special commendation. Over and above this, Nev was also awarded 6 commendations with the police and soon after his retirement in he was honoured with the award of the British Empire Medal (BEM).

As part of his time with the police Nev was also involved in the search for Mr Robert Akrigg who, on a wintery morning in November 1965 set off from Gorple cottages to check water gauges around the area and never returned. This sad event led to the forming of Calder Valley Moorland Rescue Association, which later became Calder Valley Search and Rescue Team (CVSRT), and while Nev only joined CVSRT a decade later his links to the team can be tied right back to our inception.

In addition to being an operational member of the team Nev's dedication with search dogs continued and in 1991, shortly after his retirement from the police, Nev and search dog Gayle passed the stringent grading process to become a qualified Mountain Rescue Search Dogs England (MRSDE), formerly known as Search and Rescue Dogs Association (SARDA), handler and dog team.

Nev continued devoting his time to both the search dogs and the team itself and during his tenure as Deputy Team Leader he was part of a small group of people instrumental in the funding of the new, and still to this day, main base of operations for CVSRT, known as The Rescue Post, which opened in 1996.

In 1995 Nev was awarded life membership and in 1996 he became team leader, a post he held for many years. During this time Nev oversaw significant developments to the team, its professionalism and its equipment.

This included the purchase of three new team vehicles (which Nev ensured were professionally kitted out for their required use), the roll out of pagers to each member for alerting when the team had a callout - this was state of the art technology for its time - and raising the standard of the team’s image with the introduction of new all-weather team clothing.

Nev can be credited with helping shape MRSDE into what it has become today. He was well regarded for his support of handlers old and new and spent several years as an official assessor. He was made honorary president of MRSDE in 2001 and held that position until his death.

Most recently Nev was also working with MRSDE as they created a book celebrating 50 years of the organisation - this book has been successfully finished but is yet to be printed. Outside of his incredible and significant achievements with both the police and search and rescue, Nev was a keen ukulele player and also utilised his woodwork and leather work skills to restore and repair such instruments.

In true Nev style following retirement he undertook a Masters in Forensic Science at Bradford University, being awarded a distinction. He was subsequently invited to lecture on the course to students drawing on his unique experience throughout his career as a dog handler and experience of serious crime.

Nev was a truly inspirational man and will be missed by everyone who had the pleasure of knowing him. From everyone at CVSRT past, present, old and new may you rest in peace.
back to top